This is an Adventist online directory for Google Plus where you can add yourself and also search for other fellow Adventists around the world.

Considering the recent growth of Google+ social media network, we think this Directory will be of use for Adventist people to connect, encourage and share their faith together.

Google Plus (G+) was released by invitation only at the end of June 2011, and was made available to public on September 21, 2011. G+ expanded exponentially, having approx. 40 millions users in October 2011.

Visit the directory at http://GPlusAdventist.com . 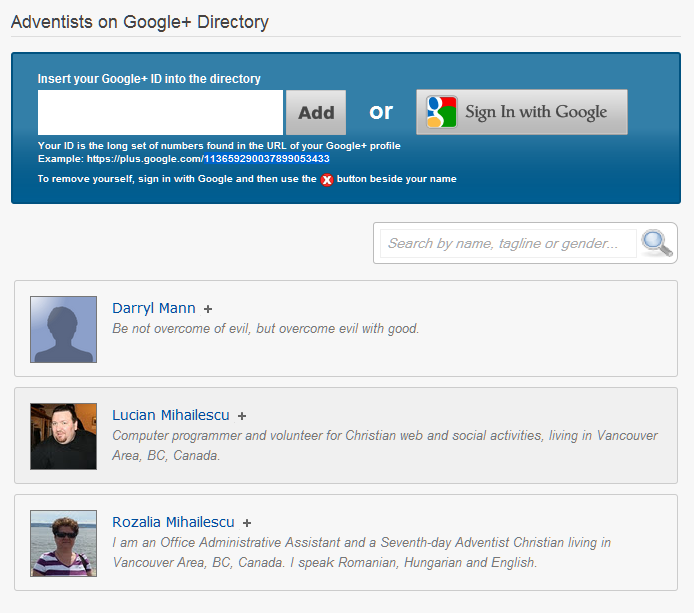